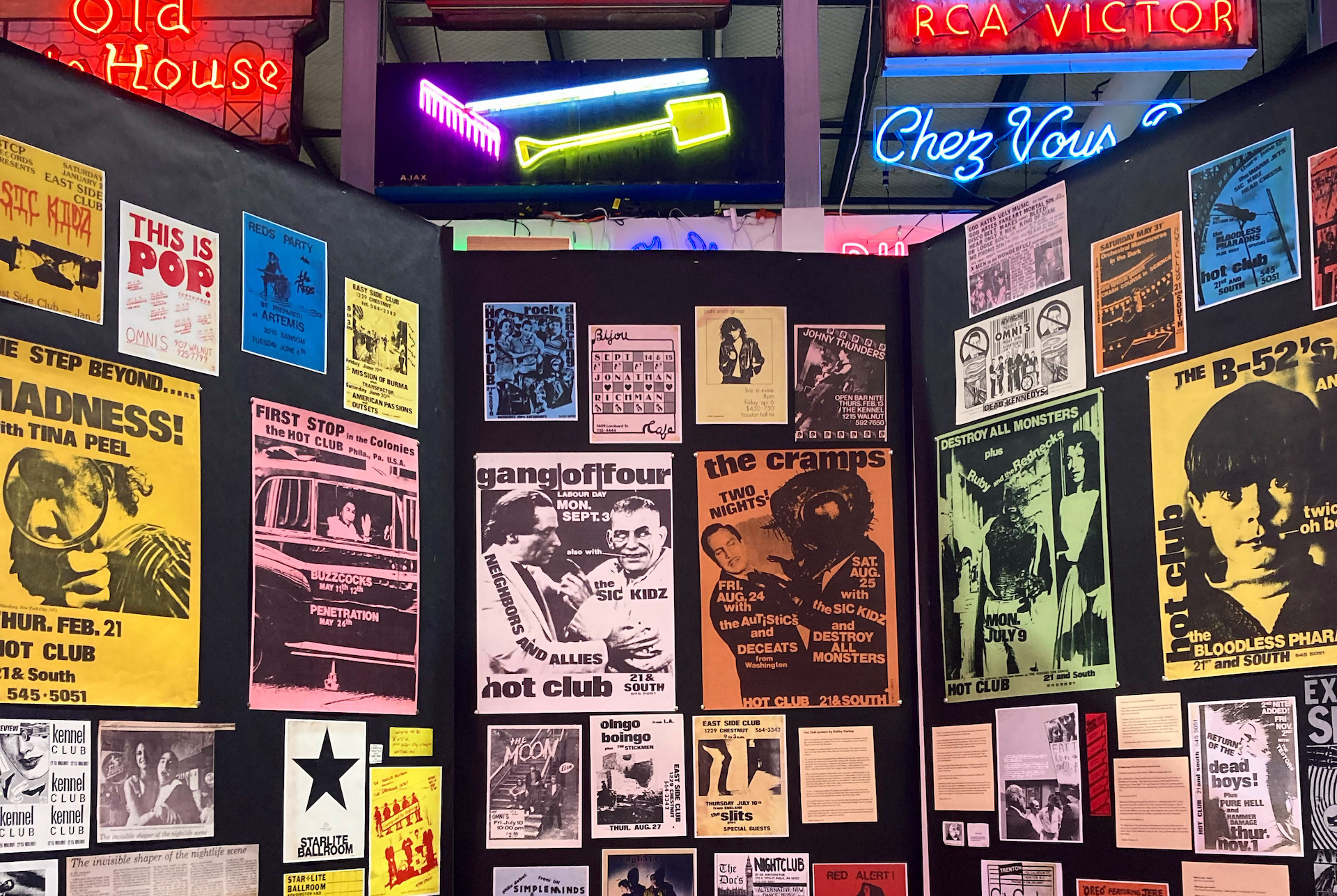 Philadelphia is a city steeped in history. Every street, every house, every building has a story. While the Liberty Bell and the Rocky stages can take center stage, the vast history of Philadelphia’s underground is equally fascinating. The Philadelphia Neon Museum hosts Art/Rock/Festivitiesan exhibition highlighting artifacts of the city’s independent music culture, particularly from the 70s and 80s.

Various concert posters, video/audio recordings, photos, zines and oral histories from people who were part of the emerging punk and counterculture scenes are on display. The exhibit comes from personal collections and visitors are encouraged to add their own pieces to the mix.

Art/Rock/Festivities opened July 29 and runs until September 18, with a special opening reception on Saturday August 6 from 12:00 p.m. to 5:00 p.m.; the exhibit and reception are free with the museum’s $10 admission fee.

The extent of the material on display shows how this era had a significant impact on music in Philadelphia and on music in general. Although there is a lot of exhibits, it begs the question of how much material was lost during this pre-internet era. Maybe in 40 years there will be an underground DIY exhibition from the years 2010 to 2020.

But even for young people in the contemporary counterculture, this exhibit should be something on your radar; because without our predecessors, there would be no plan or sage advice to pass on to the next generation.

More details can be found at the Neon Museum in Philadelphia website.

These BTS Jungkook Paintings Are Perfect For An Art Museum

Art from the Gilcrease Museum is coming to the neighborhood