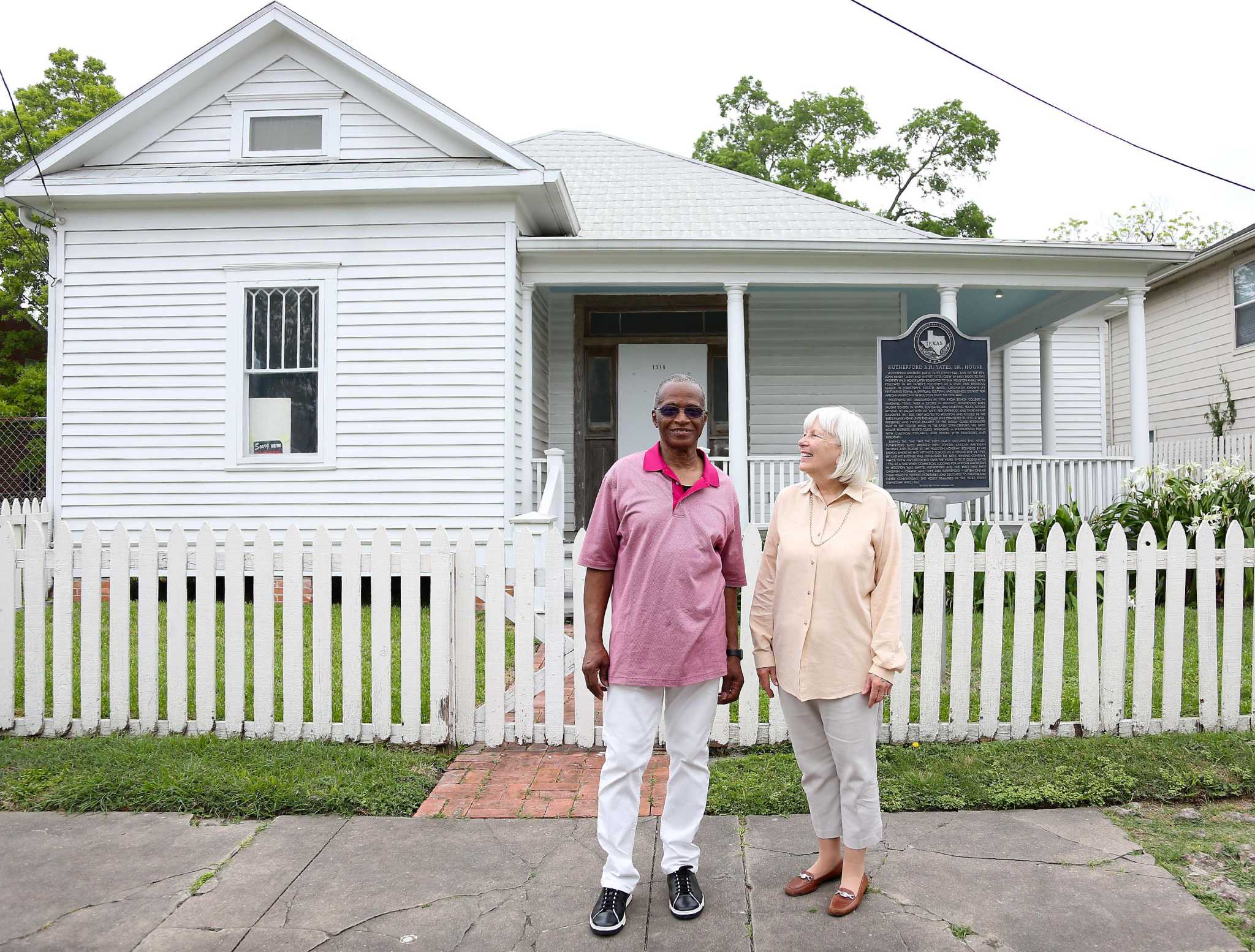 The Yates Museum and Unitarian Universalists are preserving Freedmen’s Town, one home at a time

At the heart of Houston’s Fourth Ward lies a history of preservation, culture and service. A story that involves two groups united by a common goal: to preserve the source of black history and culture known as Freedmen’s Town.

The Rutherford BH Yates Museum and the First Unitarian Universalist Church have worked together for over 26 years to restore historic homes in Freedmen’s Town. The museum was established in 1996 in response to an impassioned plea from Olea Yates McCullough, the daughter of Rutherford BH Yates, a printer who was the son of Reverend Jack Yates.

Five Fourth Ward houses listed as historic structures will be restored as part of the Yates Museum, with buildings dedicated to printing, law and medicine, an archeology lab on the grounds, a barber shop and shop of gifts. Together they will tell the story of Freedmen’s Town, a Houston community built by former slaves and their descendants.

In 1996, the City of Houston designated the Yates House as a landmark and incorporated the house into the Freedmen’s Town National Register Historic District. Like the first restoration, it will become a printing museum.

Yates Museum co-founder Luther Brown Jr., a member of the First Unitarian Universalist Church choir, spoke to the congregation about the Yates Museum’s project to save historic homes; 34 people signed up to help. It was the start of a long partnership.

Lacking funds for full restoration of the houses, the job of church volunteers was initially to stabilize the houses, said museum co-founder Catherine Roberts.

In memory of Brown, who died in 2011, the church’s Social Justice Committee “adopted” the museum, pledging to see these homes restored.

“We’ve gone from just keeping houses from getting worse to moving them forward, basically rebuilding those houses and preserving them,” said Phil Richardson, a church volunteer. “We’ve gone from working every four to six weeks to having a group every week, which is a huge volunteer commitment. »

Thanks to the joint efforts of the museum and the volunteer team, one house has been completely restored and two are in progress. Warren Snipes manages the planning, tasks and architectural design of the houses. Joel Harmon specializes in preservation architecture; and Richardson specializes in fundraising and recruiting.

Harmon trained the team in the process of restoring the homes to the National Park Service Preservation Standards. In order to respect the directives, 80% of the houses are built with historic materials.

“When they tear down old buildings, they keep the bricks, they keep the wood, the windows, things of that nature,” Harmon said. “Warren and I would go shopping and try to match the wood we have in homes from that period.”

The team keeps as much material as possible. The wooden planks originally used to build the houses are repaired by a mixture of glue, and if the wood cannot be preserved, the team finds other historic woods to use. Supply is important in preservation. Only two window vendors in Texas follow National Park Service guidelines.

“It’s not a typical volunteer team, any other group would come and destroy everything,” Roberts said. “We will rebuild it. The team learned what needs to be done to ensure that we honor the memory of those freedmen who designed and built these homes in the late 1800s.”

Roberts, who is also a member of the museum’s board of trustees, knows all about the history behind the six houses. Each house is turned into a museum that matches the owner’s profession, and all houses were built by one of the city’s three Freedmen architects.

The Pullum House, owned by Reverend Ned Pullum, will become the Museum of Health and Business. Pullum worked to establish one of the first black hospitals in the Houston area.

Lawyer Jay Vance Lewis’ home, 1218 Wilson, also served as his law firm, which he called “Van Court”. Lewis had a successful career defending black clients, and in 1910 he published his autobiography “Out of the Ditch: A True Story of An Ex-Slave”. With its 14-foot ceilings, hand-painted wallpaper and elegant design, the house will be known as the Museum of Legal Professions and Educators, Roberts said.

“During COVID, they had to raise the house, crawl under it, and remove historic materials. They carefully removed the brick pillars, set them aside and cleaned them,” Roberts said. “They had to put up the porches, the floors, the ceilings. It was a real practical labor of love.

Another house the team has worked on is Isabela Sims’ house; Sims and his sister purchased the land in 1874. The house would become a gift shop and tour desk.

The Nixon house needed more work; it will be an archaeological school and laboratory. New concrete pillars and a stamped metal roof have been installed, but the museum still needs more funding to restore the interior.

Next to the Nixon House is a cottage, which was to become the Barbershop Museum. The Pullum Cottage and House have been recognized as places of remembrance under The UNESCO Slave Route Projectwhich addresses the history of the slave trade and slavery through intercultural dialogue.

“Each painting is like managing the story; it’s touching with those early carpenters who designed the house,” Roberts said. “They cut down the trees along Buffalo Bayou that were old stands of cedar cypress. They milled them themselves, they sanded them beautifully, and then they built their houses.

To fund restoration efforts, the Yates Museum receives assistance from other donor organizations and corporations, including Shell, Chevron, ExxonMobil, ConocoPhillips, and Union Pacific. Members of the congregation have also donated over the years. And volunteers from Shell, Houston Texans, Texas Southern University all worked with the team.

The Rutherford BH Yates Museum and the First Unitarian Universalist Church tell the story of freed slaves in the city of Houston.

“I don’t like going to paint a fence and knocking it down. Instead, I like to make a lasting impact,” Richardson said. “That’s what our team does. This is what motivates our volunteers.