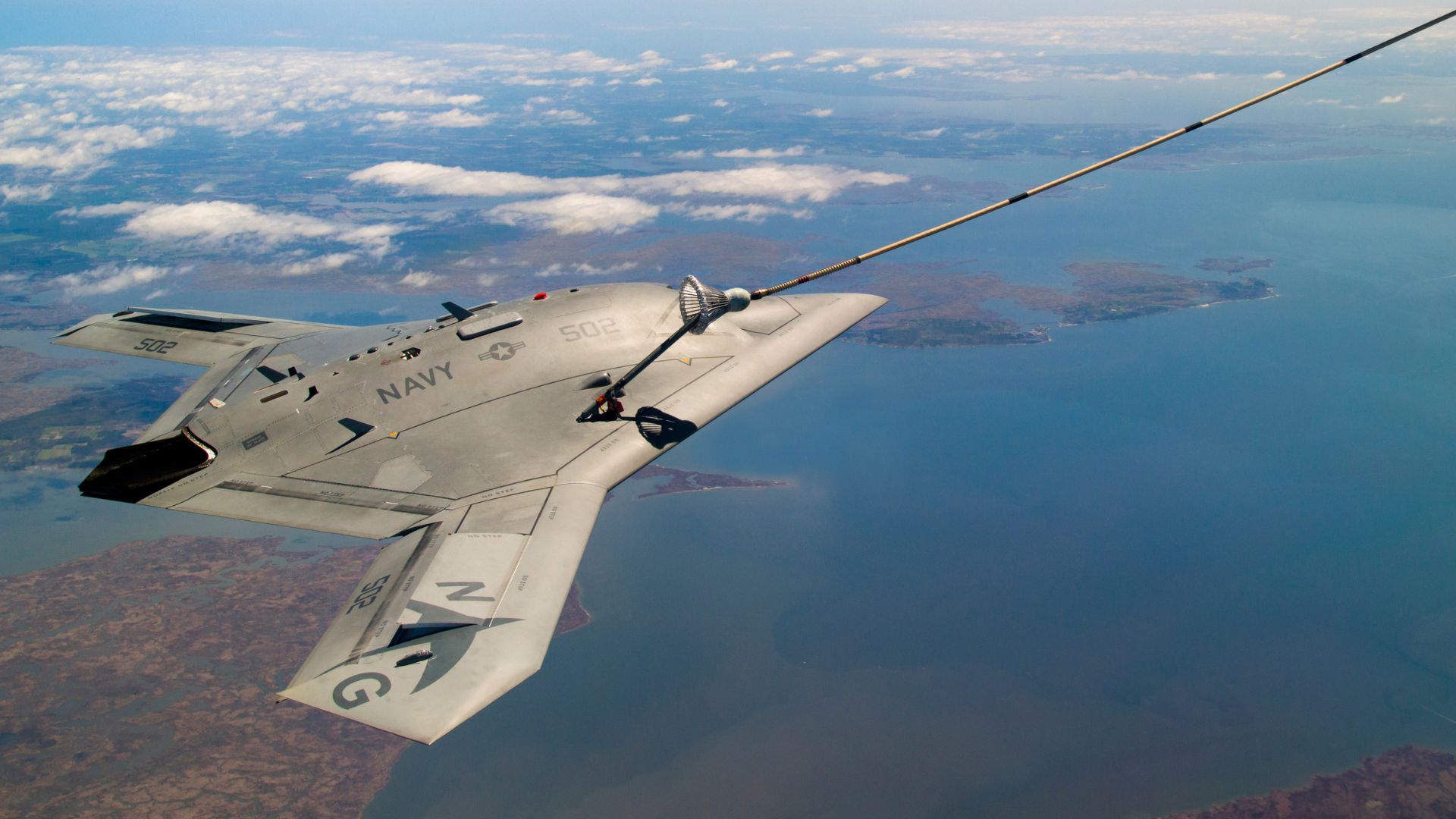 “In April 2015, the X-47B again made aviation history by successfully performing the first ever Autonomous Aerial Refueling (AAR) of an unmanned aircraft. AAR unlocks the full potential of what unmanned surveillance, strike and reconnaissance systems can do in support of the Navy.These historic demonstrations solidify the concept of the future unmanned aircraft and prove that the X-47B can perform standard missions – such as aerial refueling – and operate seamlessly with manned aircraft as part of the Carrier Air Wing.

Perhaps most importantly, the aircraft proved that a semi-autonomous flying wing aircraft could successfully operate from an aircraft carrier and refuel from a tanker.

In order to build and fly the X-47Bs, the US military had to implement significant technological advancements.

Ultimately, the first X-47B flew in 2011, and by 2015 its two active demonstrators had completed extensive in-flight and operational integration testing, making them ready for battlefield use. It was in August 2014 that the United States Navy announced that it had integrated the X-47B into transport operations.

Northrop Grumman further stated that “The X-47B UCAS is designed to help the Navy explore the future of unmanned aviation. The success of the flight test program paves the way for the development of a fleet of more permanent and carrier-based unmanned aircraft.

According war zone, the UCAS program “proved to be so successful that many were stunned when the protesters weren’t given another contract for more testing and risk reduction work, even expanding into the tactical areas”. So why has the plane become a museum relic?